As of May 2002, when Ma was interviewed by Kung Gu Magazine around his 70th birthday, Ma was one of the only four living masters to have achieved the highest level of wushu, Ninth Duan.[1]

Ma Xianda was born in 1932 in Hebei, to a Muslim Hui family with an extensive background in Chinese martial arts. The Ma family, at this point, had studied and practices martial arts for 6 generations. Ma learned from his father, Ma Fengtu, and his uncle, Ma Yingtu. Both were notable masters.

In 1949, the People's Republic of China was founded. In 1952, the very first Chinese martial arts championship was held. At the age of 19, Ma won 3 titles in the below fighting and performance events[1]:

In 1953, the Huabei Short Weapon Tournament was won by Ma. Ma achieved this by winning every match against competitors from Shaanxi, Beijing, Hebei, Tianjin, and Inner Mongolia[1]. 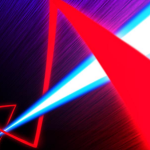